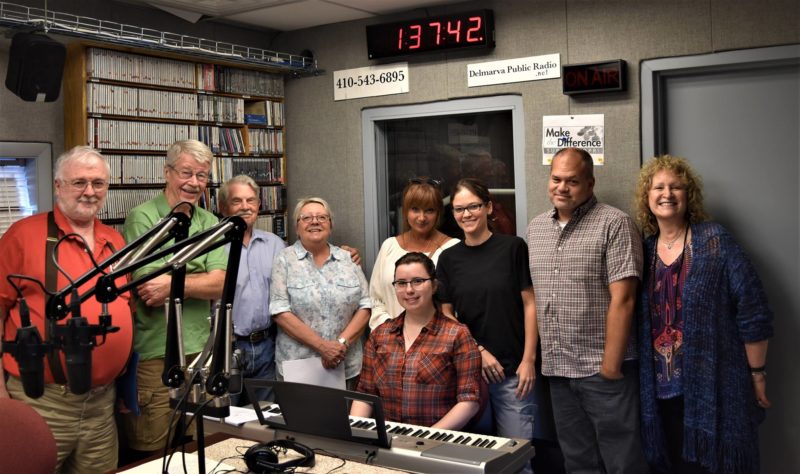 Delmarva Public Radio has created a special segment of “Delmarva Today: Writer’s Edition” that focuses on Cat & Mouse Press, Rehoboth Beach Reads (RBR), and the latest book in the RBR series, Beach Nights. The program, which is hosted by Hal Wilson, airs Friday, July 28, at 9 a.m. The show can be heard on WSDL 90.7 FM or can be streamed live here. After the broadcast, the show will be archived here as a podcast. The program, which was taped earlier, opens with an excerpt from Catherine Reed’s story from Beach Nights, “I Remember it Was Fun,” read by Robin Hill-Page Glanden (left). This is followed by  interviews with Robin and with Nancy Sakaduski (middle) by “Delmarva Today: Writer’s Edition” host Hal Wilson (right). Robin is the author of two stories in Beach Nights and Nancy is the editor and publisher of the book. Robin answers questions about her story “The Portrait,” her other recently published work, and her Rehoboth Beach Reads experience. Nancy discusses the  Rehoboth Beach Reads short story contest, other Cat & Mouse Press publications, and her book How to Write Winning Short Stories.

Beach Nights Story Made Into a Radio Drama The second half of the show is a radio drama based on Robin’s story “The Portrait” from Beach Nights. Members of the Community Players of Salisbury performed the radio play (written by Hal Wilson), with music provided by Cat & Mouse Press intern Emma Driban. 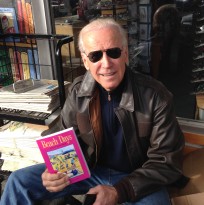 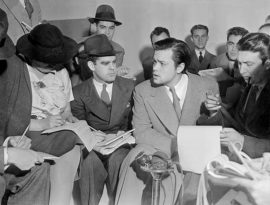