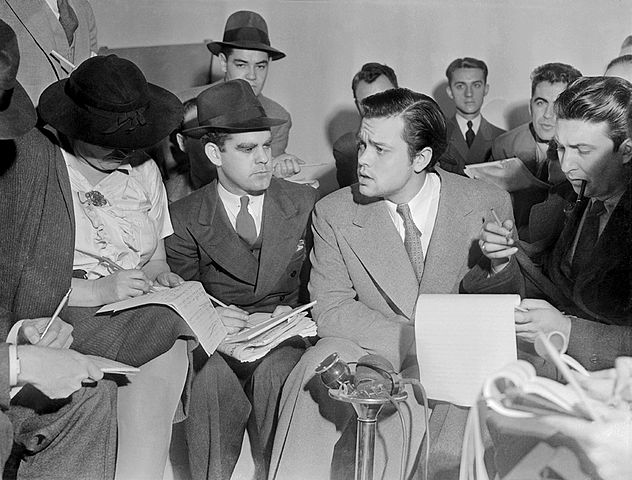 The Facts and Just the Facts—Even in Fiction Many years ago, a friend told me that his father had been listening to the radio when the legendary Orson Wells dramatization of H.G. Wells’ War of the Worlds aired in 1938. The program began with music and then an actor’s voice broke in with this: “Ladies and gentlemen, we interrupt our program of dance music to bring you a special bulletin from the Intercontinental Radio News. At twenty minutes before eight, central time, Professor Farrell of the Mount Jennings Observatory, Chicago, Illinois, reports observing explosions of incandescent gas, occurring at regular intervals on the planet Mars.” The drama proceeded to describe a spacecraft landing and aliens emerging and attacking. The broadcast caused widespread panic when listeners thought they were hearing a report of an actual Martian invasion. I asked my friend what his father’s reaction had been to the infamous broadcast. He said his father had simply said “Mars isn’t visible this time of year” and turned off the radio.

Writers, that’s what happens when readers are immersed in your fictional world and come upon an incorrect detail—they turn off your story. Like a plastic soda bottle on the set of a historical drama, a glaring error breaks the magic in a way that’s hard to recover from. Whether it’s the mention of the face of Thomas Jefferson on a $20 bill (it’s Andrew Jackson), a description of Portland’s Space Needle (it’s in Seattle), or characters at a 1975 wedding dancing to “Celebration” (the song was released in 1980), seemingly insignificant details, if incorrect, become not just significant, but intrusive. Sure, not every reader will notice if you spell a street name incorrectly or have a Spanish character use a phrase from Latin America, but for those who do, you’ve ruined the story.

So, what’s a writer to do? Research. Check every detail, every unusual word, every actual place or thing, and every historical element. If your character is a carpenter, you better make sure he or she uses tools correctly and knows the right terms. If your scene takes place in Flagstaff, Arizona, in winter, you better know that it’s likely to be snowy. And if your story takes place in 1965, you shouldn’t have characters named Jayden and Savannah, as those names didn’t become popular until much later. Does your story contain medical scenes, technical procedures, professional settings, or characters with specialized skills? Make it authentic by getting the details right.

Fact checking is an essential part of writing and a writer’s responsibility. Make it a part of your writing process.

By the way, did you spot the factual error in this article? Although there were some isolated reports of calls to emergency services and other incidents, there was no widespread panic following the War of the Worlds broadcast, although the myth was great advertising for the show and has continued to be a common misconception.

Nancy (Day) Sakaduski is an award-winning writer and editor who owns Cat & Mouse Press (www.catandmousepress.com) and runs the Rehoboth Beach Short Story Contest. She helps writers perfect their short stories and prepare them for publication, and curates a free weekly online newspaper, Writing is a Shore Thing (www.writingisashorething.com). Nancy is the author of 24 books, including How to Write Winning Short Stories. She founded Cat & Mouse Press to create “playful” books with a connection to the Delmarva region and provide a way for new and emerging writers to have their work published. 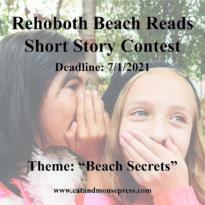 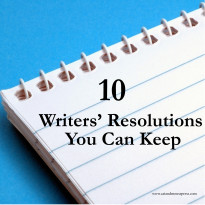 10 Writers’ Resolutions You Can Keep 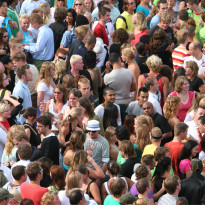 Using Real People in Your Writing

Beach Mysteries is a book that contains several stories that are all mysteries. We talk with one of the authors, Pat Valdata, [...]
View on Facebook
·Share

The 2021 contest is open!The Rehoboth Beach Reads Short Story Contest is now open! The contest invites writers to submit stories of 500-3,500 words that feature Rehoboth Beach and fit the year’s theme, which for 2021 is “Beach Secrets.” The first-place winner will receive $500, second-place $250, and third-place $100. The top 20-25 stories will be published in an anthology by Cat & Mouse Press in November. The contest, now in its ninth year, is sponsored by Browseabout Books. Details are here: www.catandmousepress.com/contest/ ... See MoreSee Less

The Rehoboth Beach Reads Short Story Contest is sponsored by Browseabout Books, Rehoboth Beach, DE. The goal of the Rehoboth Beach Reads contest is to showcase good writing while creating a great book for summer reading. One of the most popular activities for residents and visitors is reading on the beach, and the contest seeks to collect the kinds of short, engaging stories that help readers relax, escape, and enjoy their time at the beach....